We’re getting ready to release Wireshark 2.0, which includes a major user interface update. As a comparison, here’s a picture of Wireshark 1.12.8, which is the current stable release: 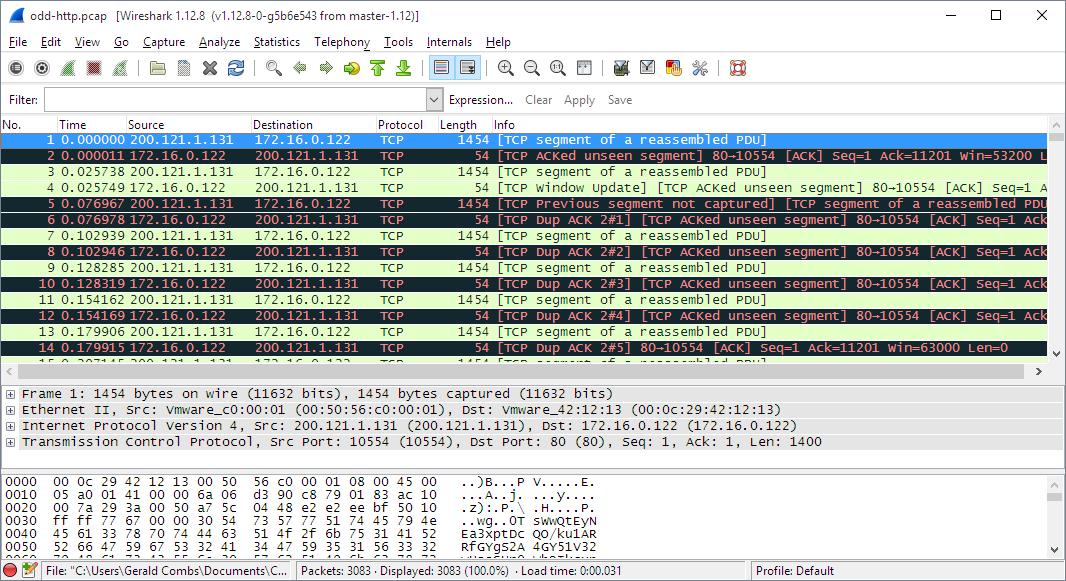 Here’s a picture of Wireshark 2.0.0rc2, which is the current development release: 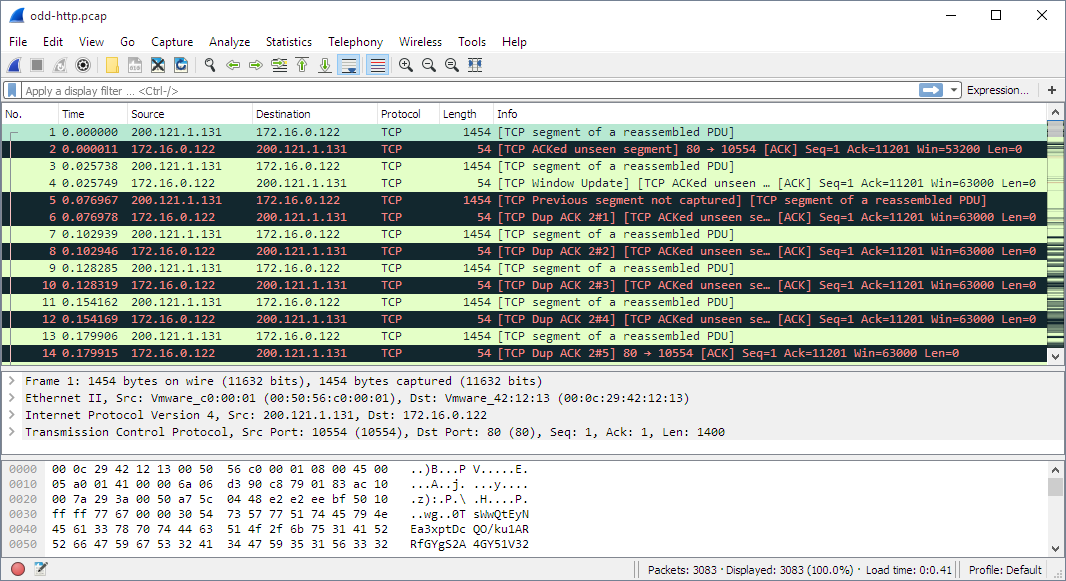 Actually, quite a few things have changed. The user interface has been completely rewritten using a different interface library (Qt). It has been streamlined so that you can work faster and it should have a better look and feel on every platform. The screenshots above are similar because we’ve also tried to ensure that the new UI is familiar to current users. The features you’re used to are still there and in the same place (or at least nearby). They should work much more smoothly, however.

I can’t hope to cover all of the changes in Wireshark 2.0 in one blog post, but here are a few highlights:

Streamlined preferences. Preferences windows usually aren’t something to get excited about and this is no exception, but it’s important to note that in the process of removing clutter some preferences have been removed from the main window. They’re still available in the “Advanced” preference section which lists every available preference item.

Translations. Thanks to the hard work of many contributors the new interface supports multiple languages. You can now select between Chinese, English, French, German, Italian, Japanese, and Polish in the “Appearance” preferences section. Many more translations are underway. You can see the status the translation efforts and help out with the effort at https://www.transifex.com/wireshark/wireshark/.

Related packets. As you scroll through the packet list you might notice little symbols pop up along its left edge. For example, you might see left and right arrows for DNS requests and Replies, or a check mark to denote an ACKed TCP packet. These are related packets. This exposes some plumbing we’ve had in place for a long time, but it’s now shown in the main window instead of buried deep in the packet detail tree.

Intelligent scrollbar. As you scroll through the packet list you might notice that the scroll bar itself looks odd. It now features a map of nearby packets, similar to the “minimap” available in many modern text editors. The number of packets shown in the map is the same as the number of physical vertical pixels in your scrollbar. The more pixels you have, the more packets you can see. In other words, if you use Wireshark regularly you now have a legitimate business case for a retina display.

Statistics dialogs. The dialogs under the Statistics and Telephony menus have seen many improvements. The backend code has been consolidated so that most of Wireshark’s statistics now share common internal logic. This in turn let us create common UI code with many workflow improvements and a much more consistent interface.

I/O Graph dialog. You can now graph as many items as you like and save graphs as PDF, PNG, JPEG, and BMP. Graph settings stay with your profile so you can customize them for multiple environments.

Follow Stream dialog. You can now switch between streams and search for text.

General dialogs. Many dialogs now have context-aware hints. For example the I/O Graph and Follow Stream dialogs will tell you which packet corresponds to the graph or stream data under your cursor. Most of them will stay open after you close a capture file so that you can compare statistics or graphs between captures.

If you want to see a live demonstration of the new UI, Laura Chappell and I are presenting a webinar next week on the 12th at 10:00 AM PST. You can register at http://bit.ly/wireshark2.

The final 2.0.0 release should be available in a couple of weeks. I’m excited about the new UI and about the opportunities that it provides for new features and further improvements.