Fifteen years ago I released a little network protocol analyzer. At the time it wasn’t very special. It only dissected five protocols and only ran on Linux and Solaris. I decided to share it with the world and released it as open source. I made use of quite a bit of open source software at that point (and still do), and it seemed like a good way to give back to the community.

Immediately after the release an amazing thing happened — I started receiving code from people around the world. They had problems similar to mine and were able to modify the little analyzer to suit their needs. They were also kind enough to contribute those modifications back. Those contributions haven’t stopped to this day and Wireshark has grown into a mature, feature-rich, award-winning network analysis tool. People around the world use it to troubleshoot networks, develop software and protocols, and to learn about networking.

Wireshark has been a source of pride many times over the years but I’m particularly proud of two accomplishments. First, your network is not a black box. This is important inasmuch as our daily lives depend on networks operating efficiently, reliably and securely. Wireshark lets you peer into your network and see how it operates at a low level. It’s also accessible. Anyone can download and run it. Protocol analysis is a fascinating world and if you don’t understand what you’re looking it we have a large community of users and educators that can help you.

Second, it turns out that a protocol analyzer makes a great open source project and Wireshark is an example of open source at its best. People who know a lot about protocols are typically know how to write software. If you provide a platform that allows them to give meaning and context to the bits and bytes that make up network packets they will do so on a massive scale. Wireshark now supports over 1,000 protocols and 140,000 different protocol fields and those numbers keep growing.

We’ve had quite a few challenges in the past and we still do. These days all of your interesting traffic is either off in the cloud or speeding across your LAN at multiple gigabits a second. Wireshark doesn’t run on my tablet and it looks awful on my Macbook. However, these are solvable problems and I’m looking forward to the challenge of fixing them.

When I made that first release I had no idea how big it would become or how much it would impact my life. Wireshark is a great and wonderful thing due to the following people:

It’s been a wonderful journey so far and I can’t wait to see what lies ahead. Thank you all.

When Wireshark 1.8.0 is released in the next few months it will introduce two major features: the ability to capture from multiple interfaces at once and the ability to annotate packets. These features have been on the wishlist for years and they will make Wireshark much more useful. They both share dependency on pcap-ng.

Pcap-ng is Wireshark’s new default file format. It is more complex than its predecessor (pcap) but it’s also more flexible. Along with multiple interface types and annotations you can store host information, extended interface information, and much more. Wireshark has had basic support for pcap-ng for several years now and 1.8.0 will bring it to the forefront.

But there’s a catch. Suppose you sit down at a computer with Wireshark 1.7 or 1.8 installed. What file format will Wireshark use by default? Unfortunately the answer is “It depends.” If this is a fresh install of Wireshark on a new computer you’ll get pcap-ng files. If this is an upgrade from 1.6 or below you’ll get pcap files. If the preferences were changed or copied from another machine the default format will be affected as well.

There’s another catch. Suppose you’ve just saved a capture file and you want to read it using tcpdump, Cascade Pilot, Snort, or any of the dozens of other applications that use the classic pcap file format. What will happen? Again, it depends. If that application has been updated to support pcap-ng or if it’s using a recent version of libpcap it will probably work. Otherwise don’t hold your breath.

If you’re a Wireshark user you might want to try a recent build of Wireshark 1.7 to see the new features and new file format in action. If you’re a developer and your application reads pcap files you’re most likely in for some grief. For that I apologize. You should probably investigate adding pcap-ng support now before your users start complaining.

Despite the migration pains the switch to pcap-ng is long overdue and will make Wireshark more useful to more people.

Tomorrow is World IPv6 Day, the largest full-frontal test of IPv6 to date. It is going to be a historic event. It’s also one in which wireshark.org will and won’t be participating.

In one sense every day is IPv6 day here and tomorrow will be just another day. Most of our web sites (anonsvn, ask, this blog, bugs, buildbot, sharkfest, and wiki) have been fully dual-stacked for some time. You can reach them over both IPv4 and IPv6 and so far it’s been working pretty well. The big exception to this is the main web site, which still only has an A record. We can add an AAAA record at any time, but I’ve been holding off doing so until well *after* World IPv6 Day.

My concern is that having an AAAA record in place for www.wireshark.org tomorrow will cause unnecessary problems. If anyone runs into trouble reaching dual-stacked sites I don’t want to impede their ability to troubleshoot the problem by making Wireshark difficult to download.

We’ll add the AAAA record for www.wireshark.org in a few weeks.

P.S. According to the SCM revision logs IPv6 support was introduced in Wireshark in 1998. Tomorrow’s test is long overdue.

A common complaint about IPv6 is that addresses are “hard to read”. If you’ve been in the networking world any length of time IPv4’s dotted quad is most likely seared into your brain and clumps of hexadecimal digits of varying lengths can can be hard to wrap your head around. However, those clumps can provide useful information.

Below I’ll go over some of the address types I’ve seen and show you what information they provide. END_OF_DOCUMENT_TOKEN_TO_BE_REPLACED

We receive a phone call from someone complaining about “Wireshark Antivirus”. I take the call. The person on the other end isn’t able to provide many details other than that a program named “Wireshark Antivirus” is displaying some a shield and directing him to the cacetech.com web site.

This is new. We’ve been on the receiving end of a few false positives in the past but this is new. Some jackass is using our name do do harm.

This will not end well. END_OF_DOCUMENT_TOKEN_TO_BE_REPLACED

Comcast owes me money. They owe lots of people money. 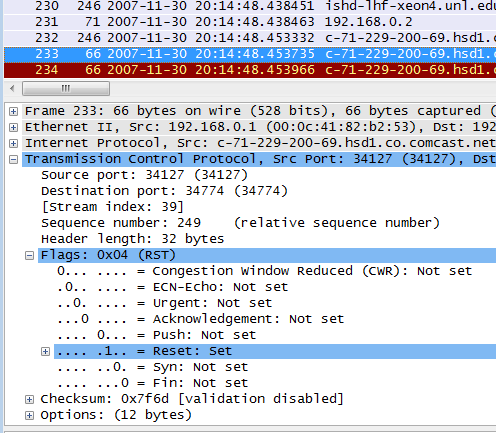 In 2007 and 2008 Comcast forged TCP RST packets in order to throttle P2P and other kinds of traffic. This resulted in several class-action lawsuits. They recently settled one of them and agreed to pay each affected customer $16.

From an individual perspective this isn’t a lot. However, for those who are eligible for the settlement I have a proposal: submit your claim form and make it part of a larger donation to your local food bank or homeless shelter.

That’s what I’m going to do. 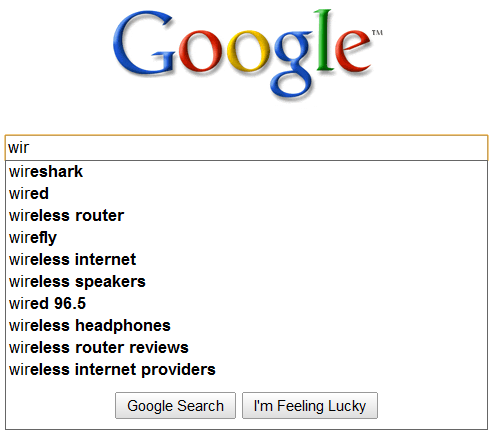